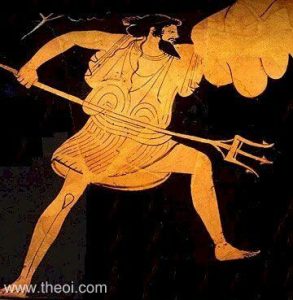 Poseidon is Zeus’ older brother and was given control of the seas and oceans when the gods defeated the Titans.

The sea was very important to the Greeks for transport and trade, and so Poseidon was widely worshipped. He is able to wreck ships with storms, destroy coastal settlements with earthquakes, and can cause saltwater springs to gush from the ground with a strike of his trident.

Poseidon’s wife was the sea goddess, Amphitrite. However, like his younger brother Zeus, he had many affairs with gods and humans. His offspring include Polyphemus the Cyclops and Theseus.

Poseidon helped to build the famous walls of Troy for King Laomedon, but he was never rewarded. Therefore he sided with the Greeks during the Trojan War, according to Homer’s Iliad.

In the Odyssey he harasses the Greek hero Odysseus on his voyage home from the war, after Odysseus blinded his son, Polyphemus the Cyclops. Poseidon also competed with Athena to name the city which became known as Athens after he lost. 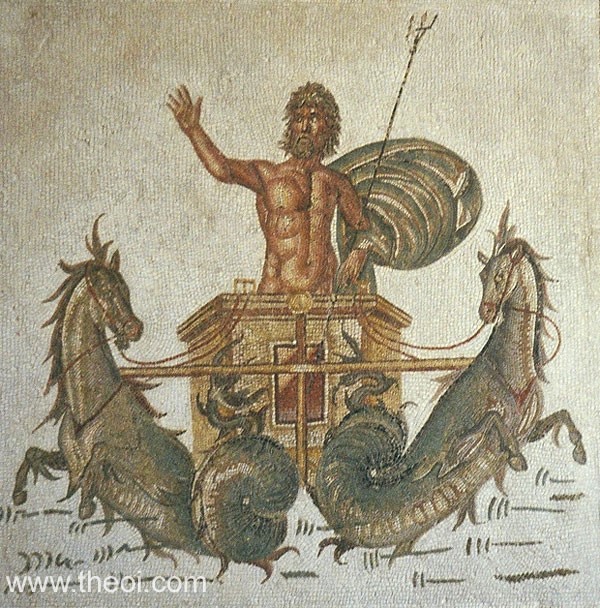 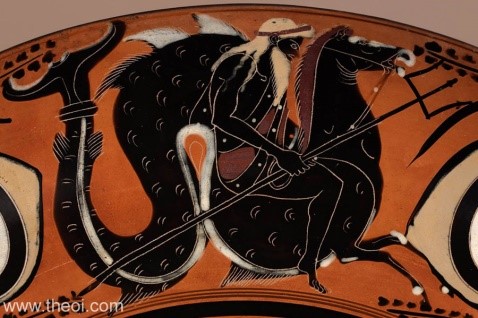 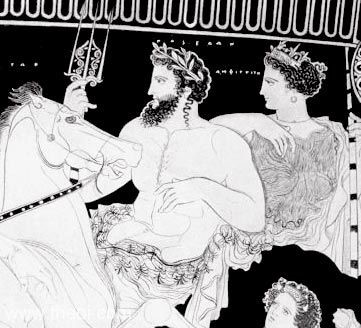