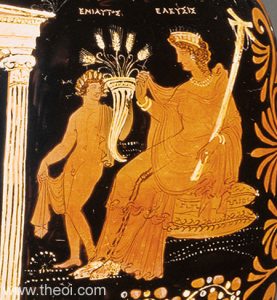 Demeter was the Greek goddess of agriculture. She represents the earth as a source of food, and so was also associated with the fertility of the soil and the harvest of fruit and grain.

Demeter was the sister of Zeus. They had a child together, Persephone, who was abducted by Hades and taken to the underworld. The abduction of her daughter was a defining moment for Demeter in Greek myth and religion. The story is told in the ancient poem the Homeric Hymn to Demeter, which you will study closely in the Journeying to the Underworld unit.

Because her daughter lived with Hades, Demeter was linked to the afterlife, a belief which was central to the Eleusinian Mysteries, a secret religious cult based at Eleusis, near Athens. 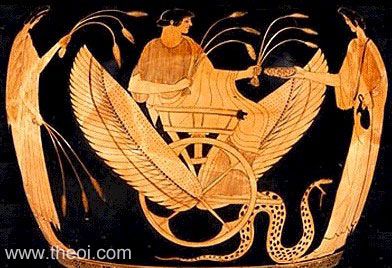 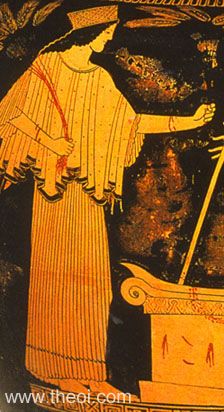 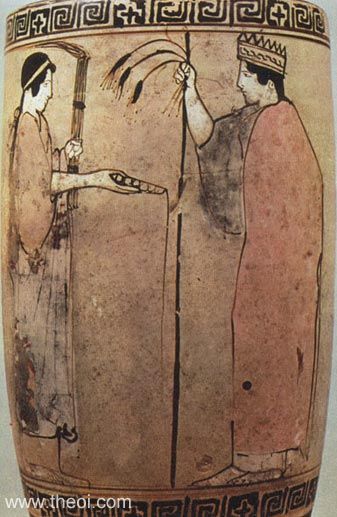