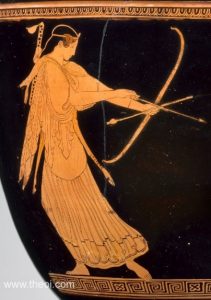 Artemis is the twin sister of Apollo. Both were the offspring of Zeus’ affair with the Titan goddess, Leto. Artemis was born before Apollo, and assisted with his birth, which explains why childbirth is one of her main responsibilities.

Although some other goddesses remained virgins, Artemis’ chastity is a popular subject in Greek myth. Hippolytus was devoted to Artemis and prayed to her alone, which caused his destruction by Aphrodite. The hero Actaeon was torn to pieces by his own dogs just because he accidentally caught a glimpse of Artemis bathing naked.

As well as childbirth, Artemis is responsible for hunting, which is why she is often shown with a bow and arrows in art. She also became associated with the moon, just as Apollo was associated with the sun. This gave her the alternative name Phobe (“she who shines”). 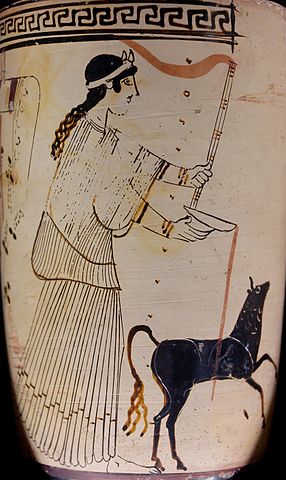 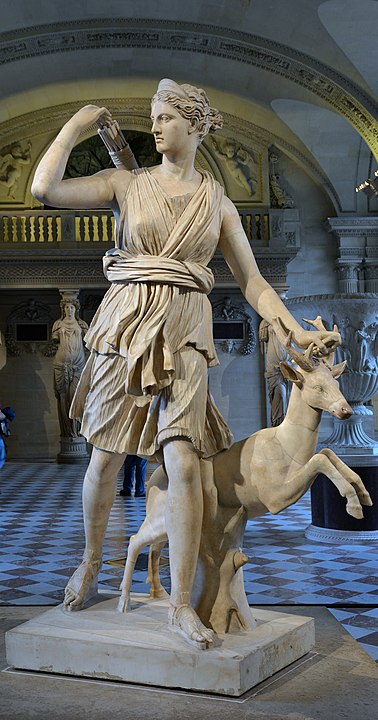