Hestia: goddess of hearth and home 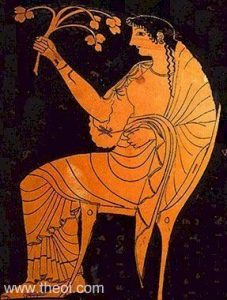 Hestia was the goddess of the hearth, both in the home and for the whole city.

She was the first-born child of Cronos, and the last to be regurgitated, thus she was both the eldest and the youngest of Zeus’ siblings. Poseidon and Apollo both wanted to marry her, but she asked Zeus if she could remain a virgin, and Zeus granted Hestia her wish.

Her role as goddess of the hearth was important in the home because the fireplace was used to cook meals and was the main source of heating. In the wider city, Hestia provided the flame for sacrifices, and it was customary to dedicate every sacrifice to her first of all.

In art, Hestia has a veil on her head and sometimes carries a branch of the chaste-tree, which should not be confused with the diadem and wheatsheaf of Demeter.