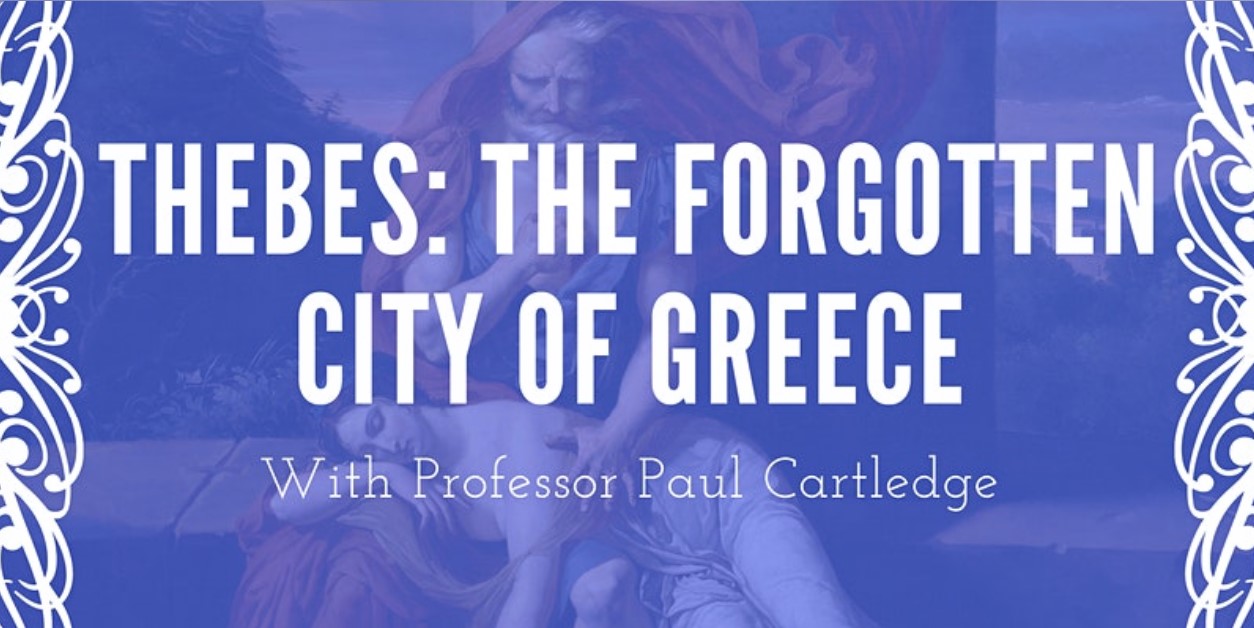 Thebes: The Forgotten City of Greece

The city of Thebes is all too often the overshadowed neighbour of Athens and Sparta. Indeed, there were two Thebes in Ancient Boeotia, not just one: the City of Myth and the City of History.

The ancient city has been immortalised as the mythic centre of Greek Drama, producing such infamous Tragic Heroes as Oedipus, Antigone, Pentheus. Even more removed is the splendor of its history: Epaminondas and Pelopidas, leading to Theban Hegemony in Greece after defeating Sparta in the Battle of Leuctra and Mantinea.

So how is it that Thebes, the cultural city that captivated the imagination of Greece and the military power that dominated much of Greece, has been forgotten?

The talk will last approximately 60 minutes and will be followed by a 30 minute Q+A session.

Professor Paul Cartledge is A. G. Leventis Professor of Greek Culture at Cambridge University and a Fellow of Clare College.

Academus Education is a free education service for students who have previously not had access to a Classical Education. Our mission is to provide people with an introductory Classical Education, giving them the inspiration to pursue Classics further.

We run free virtual events including Think Tanks, Roundtables and our flagship Summer School. To join our mailing list and keep up to date will all our upcoming activities, please email [email protected]

Academus is a non-profit organisation. We rely on our network of volunteers and donations to carry out our operations. If you would like to support Academus, you can make a donation here: https://ko-fi.com/academuseducation

To register for this event please visit the following URL: https://www.eventbrite.co.uk/e/thebes-the-forgotten-city-of-greece-with-professor-paul-cartledge-tickets-136929372439 →