This unit is split into two topics: Culture and Literature. The Culture topic looks at the cities and customs of the Mycenaeans, a civilisation which appears to have originated in mainland Greece around 1600 BC and ended around 1100 BC. For the Literature topic, students read several books from Homer’s epic poem, the Odyssey, which is set inside the Mycenaean world, shortly before it collapsed.

These two topics are entirely complementary. Our version of the Odyssey was not written down 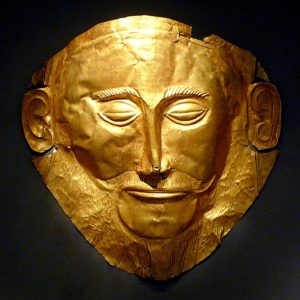 until around 700 BC – hundreds of years after the events it describes could have taken place. However, the people which Homer describes, their clothes, their rituals, their homes, their morals – all these have some basis in historical truth. By studying the archaeological evidence for the Mycenaean way of life, students can gain an excellent understanding of the world described by Homer.